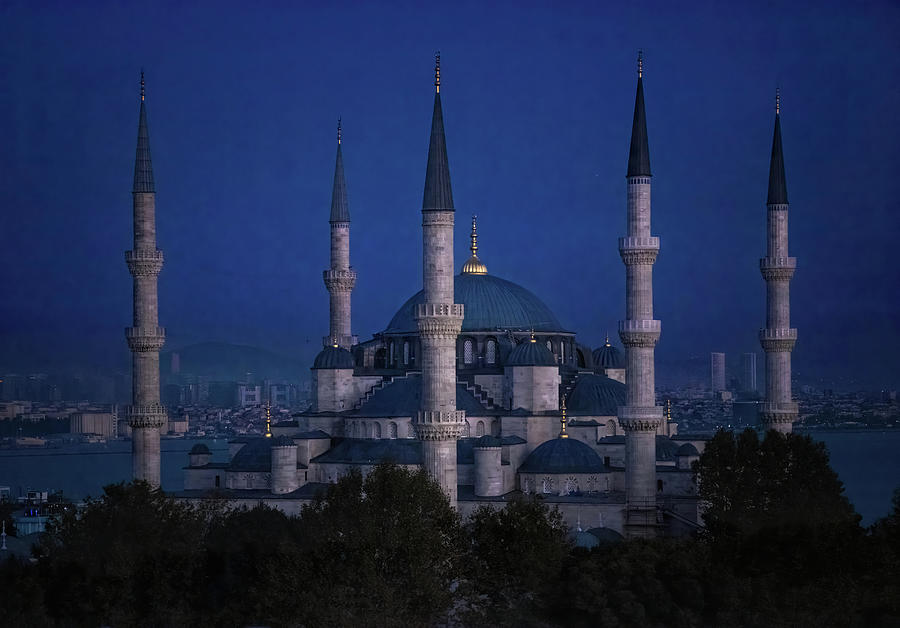 Sultanahmet Camii or the Blue Mosque is just one of over 3000 mosques in Istanbul. The skyline across Istanbul is dotted with blue domes and other domes as far as you can see. Built between 1609 and 1617, the Blue Mosque is one of the most famous. It was commissioned by the Sultan Ahmet I intended and it was intended to rival and surpass the Hagai Sophia.
We never entered the mosque as the line was enormous even first thing in the morning. The crowds inside would have likely been worse. I hear the architecture is quite beautiful though and quite something to see. Never the less I took in the view from the outside while enjoying our last fabulous dinner in Istanbul during the blue hour.

Gosh I want to photograph this place so incredibly badly. Fantastic.

Wonderful colour in this architectural beauty!

Beautifully composed! Congratulations! I’m am very pleased to feature your beautiful image in the group ‘Covered Bridges and Historical Buildings.’ This is a wonderful addition to the group! Please add it to the “2022 Fourth Quarter Featured Image Collection” thread in the discussions area for a permanent record of your feature. Thank you! 11/10/22

this is gorgeous. L/F

Nicely done, I like how that building emerges softly from the dark sky!