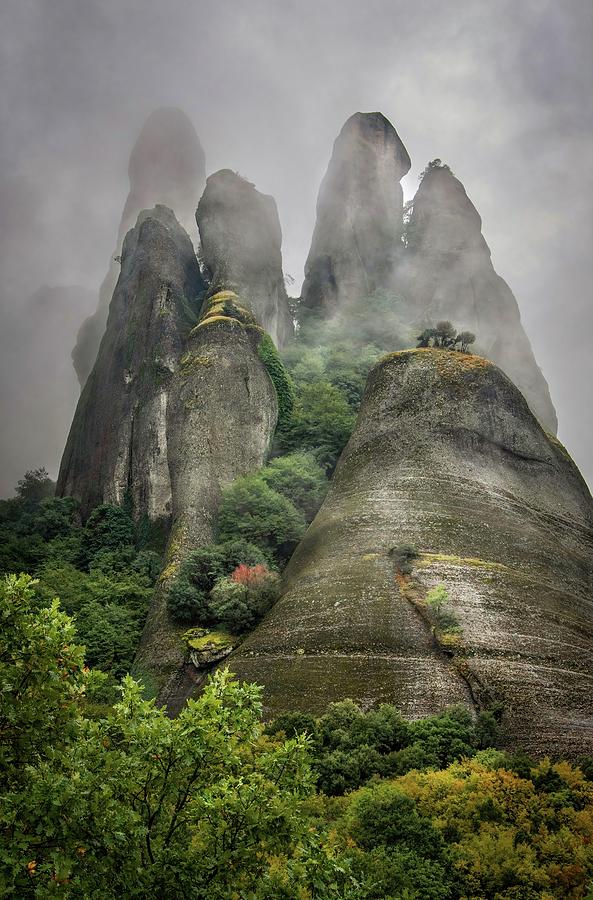 We could see parts of the Meteora pinnacles from our ABNB, but I was like a kid in a candy shop when we actually drove up there. The clouds just hung around the peaks, colors were dark and dramatic. I felt as if I was in another world, just breathtaking.

Several of the larger pillars are home to multiple monasteries. 24 monasteries were built atop the rocks in the 13th and 14th centuries. There are caves that were called Hermit caves built into the rock as well. Today, Meteora is a UNESCO World Heritage Site.

Congratulations! on this unique image’s being Featured in “Dramatic Landscape Seascape and Cityscape Photographs” group. The artist is invited to add the image to the group’s current “2022 Feature Archive” Discussion topic.

Congratulations on your Top Finish in the contest… FOGGY OR MISTY MOUNTAINS - PHOTOGRAPHY -CAN BE BLA...! Fl

Wonderful moody image, Rebecca! Congratulations on your feature in The Art Network!

Congratulations, your work is featured on the homepage of "Created by Southern Artists

CONGRATULATIONS! This piece has been FEATURED on the homepage of the group No Place Like Home,11/6/2022! Way to go! Please post it in the Group's Features discussion thread for posterity and/or any other thread that fits!

Remarkable image of the Meteora Pinnacles

Wow, this looks as if from another planet...amazing image