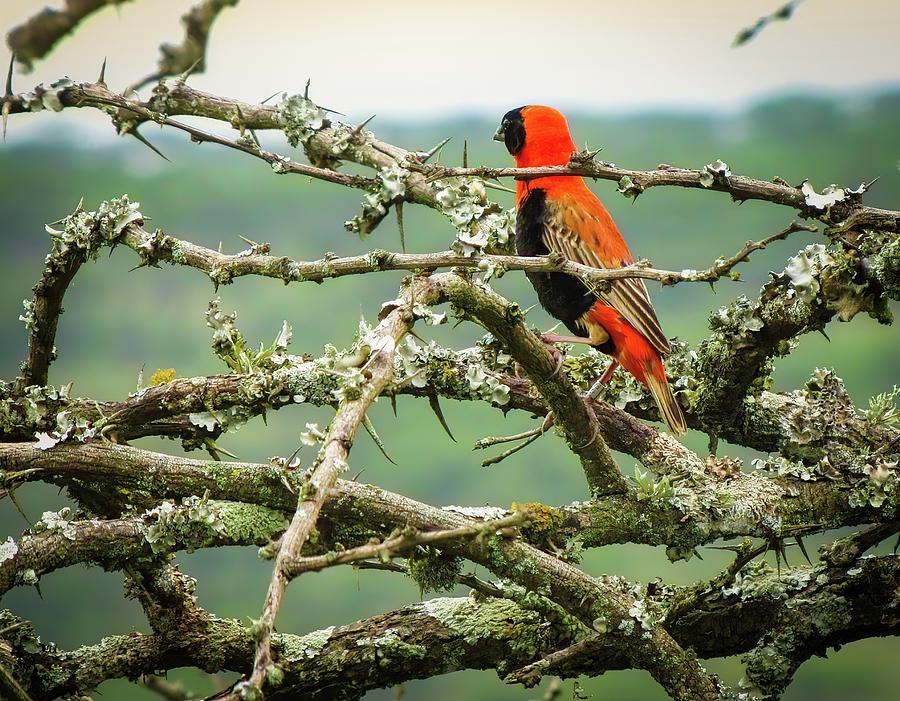 Beauty In the Thorns

Beauty In the Thorns

The Southern Red Bishop like with so many species, it's the male is the most colorful. Also known as the Euplectes orix, it's a small small bird belonging to the weaver family. Typically in Africa it is seen south of the equator.

During breeding season which this must have been they can be found near water in the reeds, grasses and thorny bushes. During the non breeding season they will venture out to the Savanna.

The Southern Red Bishop likes to nest in colonies, often even accompanying other species of the weaver family. The males build the nest to attract the females. They are polygamists so they will build several nests.

This handsome Southern Red Weaver was photographed while at the Tala Game Reserve.

Beautiful work, Rebecca! Thank you for submitting your artwork to the Southern California Artist Collective Group where the image is now featured on the home page. Feel free to post this in the Featured archive in the group discussion page section L/F

Congratulations - Your beautiful artwork has been featured in the "Travel Art" gallery at Fine Art America! For further promotion, you can post it to the specific Travel Destinations galleries, our Facebook group and our Pinterest board - All the links are provided on our group's homepage.

Beautiful colours and capture of Beauty In the Thorns Rebrcca